1. It All Began in Ireland

While some Australians think of Halloween as an American celebration, it’s actually based on a Celtic festival. The ancient Celtic Festival called Samhain was first celebrated more than 2,000 years ago in County Meath. The Celts believed it was a time of transition, when the veil between this world and the next came down, and the spirits of all who had died that year moved on to the next life. But if the boundaries between the worlds of the living and the dead overlapped, the deceased could come back to life and wreak havoc among the living. Not a good thing.

Today the ancient past and the twenty-first century come together at the annual Spirits of Meath Halloween Festival, where a re-enactment of the Celtic celebration kicks off with a torch lit procession through town. The Irish welcome Halloween with bonfires, party games and traditional food, including a fruitcake that contains coins, buttons, rings and other fortune-telling objects. In ancient times, it was believed that if a young woman found a ring in her slice, she’d be married within the next year.

Halloween arrived in the US with Irish immigrants in the mid-1800s. 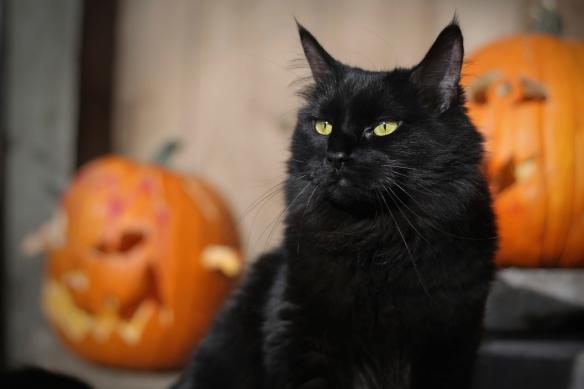 Halloween festivals in New Orleans, Bangkok, Los Angeles, New York and Limoges, France have become must-see stops on the grown up global party scene. Folks looking for a spookier way to celebrate head to historical haunts in Salem, Massachusetts and the Dracula sights in Romania, while daredevils can get their spook on at one of the 2,500 haunted attractions worldwide, which has become a million industry.

3. Day of the Dead Isn’t Halloween

Despite outward similarities — sweet treats, skeletons, people in costumes, and other graveyard and death imagery — Halloween and the Day of the Dead (Día de los Muertos) are very different holidays. While Halloween promotes fear of the dead, Día de los Muertos celebrates the dead. The Nov. 2 holiday is a day for people in Mexico, parts of Central and South America, and increasingly throughout the United States to honour their ancestors and loved ones who have passed away and invite those spirits back into their homes to be part of the family once more.

It’s a tradition that dates back thousands of years, to the Aztec people. But when the Catholic faith became entrenched in South America, the timing of festival of the dead was changed to coincide with All Saints Day and All Souls Day. This connection is part of the reason why people confuse the two festivals.

4. The Timing Is Important

The name Halloween is a contraction of All Hallow’s Evening, also known as the night before All Saints Day (“hallow” is the Old English word for saint). Christians around the world have marked the Triduum of All Hallows since the 8th century AD. The three-day observation includes All Hallows’ Eve (Hallowe’en), All Saints’ Day (All Hallows’) and All Soul’s Day, and lasts from October 31 to November 2. It is a time to remember the dead, including martyrs and saints.

5. Trick or Treating Was Put On Hold During WWII

Trick or treating has been part of North American Halloween festivities since the early 20th century but like so many aspects of this holiday, it evolved from an ancient European custom. On All Souls Day, poor people would visit the houses of their wealthier neighbours for a ‘soul cake’ — a form of shortbread — in return for which the beggars promised to pray for the dead of the household. Known as “souling,” the practice was later taken up by children, who would go from door to door asking for gifts such as food and money. Irish and Scottish communities in the US revived the tradition, although it was put on hold for several years during WW II due to sugar rationing.

People in the Pampanga province of the Philippines observe Pangangaluluwà from October 29 till 31, leading up to All Souls’ Day on November 2. Traditionally, Filipino children have gone from house to house singing hymns about the souls in Purgatory and asking for alms to pay for special masses, but today Filipino children have begun to embrace the ‘trick-or-treat’ tradition and add dressing in costume and asking for sweets to the ritual.

Back in the day, the Celts worried about bumping into the ghosts they believed came back to the earth on Halloween. To avoid being recognised, people would don masks when they left their homes after dark in hopes the ghosts would mistake them for fellow spirits.

For costumier Elisa Marigold, it’s a red-letter day for her business, Agent Costume in Sydney’s Bondi, with dozens of people ordering special custom and hire costumes to wear at Halloween parties. She said the tradition is likely growing in popularity because many people grew up watching American TV shows and movies and wanted to take part in the fun.

“Halloween is a fun time to be a costume designer or make-up artist,” Elisa adds. “People around here still mostly go with a spooky or horror theme, but plenty of people think anything goes with costume choices from the ridiculous to simply wanting something special and original.”

For Jason Beks, founder of Melbourne’s Zombie Hire, spooky is the only way to go. According to Jason, Halloween lets us appreciate themes of survival and existence.

“It allows people to explore an alternative personality. We give ourselves permission to transcend our humanity for one night and be otherworldly,” he said.

Carved pumpkins are the most popular choice these days, however the first lanterns were made from hollowed out turnips, rutabagas, gourds, potatoes and beets.

The city’s East meets West history and a rich folklore filled with ghosts and demons make Hong Kong a natural for Halloween celebrations. For the month of October, there are various celebrations around town including the Scream-No-More Challenge at Hong Kong Disneyland (where you get points for not reacting to scary things) and Tim Burton-esque spooky decorations and foods. There are also events at various malls and attractions around town, even a Halloween themed playground.

Carved pumpkins are another old school tradition, originating in Ireland, Scotland and England, where people carved menacing faces into vegetables and placed a candle inside to scare away the evil wandering spirits. Using pumpkins is an American spin on the ritual – the first lanterns were made from hollowed out turnips, rutabagas, gourds, potatoes and beets.

10. Halloween’s Popularity Grows in Australia and Around the World

Despite it’s popularity, according to social researcher, Mark McCrindle there are reasons that Halloween hasn’t yet become mainstream in Australia.

Halloween celebrations are also reportedly on the rise in Britain, with some lamenting that it’s at the expense of the centuries-old celebration of Guy Fawkes Day, a night of bonfires and fireworks that commemorate a 1605 Catholic plot to blow up England’s Parliament and bring down King James I. Those festivities begin with children making an effigy of ‘Gunpowder Plot’ conspirator Guy Fawkes and parading him down streets, asking passers-by to ‘spare a penny for the Guy.’ They would then use the money to buy fireworks and burn Guy on a bonfire.

But while older Brits dismiss Halloween as an American holiday (one survey found that over half of British homeowners turn off their lights and pretend not to be home on Halloween), younger generations now enjoy a veritable witches’ cauldron of Halloween fun, bubbling over with hundreds of ghoulish things to do, from tricks and treats to huge all night warehouse raves and Halloween ghost hunts in haunted houses.

Boomtshirts is an online T-shirt shop, we specialize in designing new, exclusive models, not sold at the store. If you have any questions, please send us a message directly via facebook or email

Latest Posts
Hi, my name is Nguyen Tuan Anh. Welcome to our store.